So how is recruitment and the talent market looking right now?

Once upon a time there was a small, independent recruitment firm which specialised in ecommerce and digital marketing and business was good.

One day they woke up and COVID-19 had struck; people went home, businesses closed doors and the world went quiet. Jobs were cancelled and the phones stopped ringing. 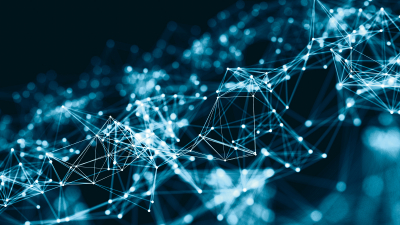 We were positive that we'd have jobs to fill and were very happy that sourcing top talent was going to be easier than ever...

Finding talent is going to be easy

We are a positive bunch at Beringer Tame and we are fantastic at recruiting digital and ecommerce talent.  We thought that filling jobs for our clients was going to be easy, after all the pool of talent had grown due to the unfortunate rise in redundancies, but we realised pretty quickly that this wasn't going to be the case.

There was a very clear supply & demand issue!

By June, we realised that there was a clear supply & demand issue - a role which earlier in the year would have been easily filled within 2 weeks, was now much more challenging.  By August, top talent had already disappeared into new jobs and those we headhunted told us that 'now was not the time to make a move'.

They day hindsight is a wonderful thing, and of course it is.  Looking back, what happened to the talent network was obvious and we learned important lessons.

During the 2008/9 recession, digital unfroze - it was seen as the focus for growth and being a recruiter in the digital space, we survived and thrived.  Similarly in 2020 we are seeing a renewed bounce in digital and ecommerce and we were prepared to be ahead of the game.

Learning: Yes recession is scary, but in boom-or-bust bust times, it seems yet again that digital is at the forefront of the boom.

Lockdown exposed many businesses vulnerabilities, resulting in huge redundancies as British firms' became fuelled by "elevated economic uncertainty" (especially those in the arts, entertainment, acommodation, food and travel industries).  The knock-on effect was that the candidate marketplace became very quickly saturated with both skilled and unskilled job seekers - all looking for work.

The ONS recently reported that there had been over 695,000 redundancies made in the UK alone and 156,000 of those were between May and July 2020 - the sharpest increase since the 2009 financial crisis.

In May 2020 the number of job vacancies advertised online started to increase (ONS) and that the UK economy started to "re-open" in July 2020.  Digital and ecommerce recruitment began to grow from May 2020 as businesses continued to digitally transform and build their online offering.

However, this plethora of talent flowing around the market was short-lived. The creme-de-la-creme - the top 20% - disappeared back into new roles within a month.

"too many people chasing too few jobs" (BBC)

Speed is of the essence.  If you need to employ digital talent, do it fast and efficiently.  If you don't, someone else will.

Individuals who were (and still are) in secure jobs are (understandably) reluctant to move elsewhere.  People will generally play it safe and keep their heads down.

Know what you're offering - whether that's salary, job scope or even benefits - if you want to encourage talent to your company you need to be top of their mind making them an offer they can't refuse and which trumps their current situation.