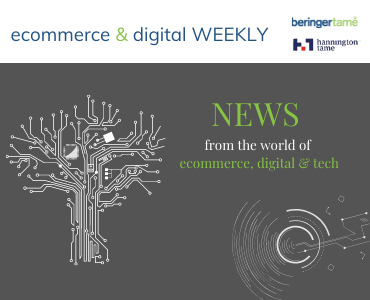 As Twitter's co-founder Jack Dorsey steps down as chief executive, we ask ourselves, what's next for the social media titan and what will keep Mr Dorsey busy now?

Is it time for him to focus on Square... and if so how?

Will he concentrate on the growth of its financial unit looking at Bitcoin/BNPL trends - thus strengthening the ties between social media & ecommerce?

Or is he, as some people have questioned, building a super-app?

It'll be interesting to see where this nets out and how his replacement, Parag Agrawal, gets on with what could be a Twitter renaissance.

Motorway snags unicorn status as it lines c-suite with Amazon and John Lewis leads.
(City AM)

O2 launches “store of the future” on Snapchat.
(Charged Retail)

Grammarly Reaches $13B Valuation With New Funding Round.
(AIThority)

India’s Spinny valued at over $1.75 billion in $280 million funding
(TechCrunch)